The yellow plaster lay hardened on the ground, it’s bumpy surface concealing what lay beneath - a set of footprints that would later be collected as evidence.

The group of teens gathered around Rowan County Sheriff’s Sergeant Chad Moose to learn what many of them who hope to become future law enforcement officers may someday do.

The Rowan County Sheriff’s Office hosted a week long camp where Moose and other deputies showed Explorers from the Sheriff’s Office and the Salisbury and Mooresville police departments how they do what they do.

The Explorers, affiliated with Boy Scouts of America, is designed for youths ages 14-21 who share an interest in law enforcement as a career. Members train alongside full-time officers and, once mandatory training has been completed, the cadets are allowed to ride with the officers.

The group of about 12 met this past week at the Rowan County Rescue Squad headquarters for some of the sessions and off-site for firearms and boat safety training. Activities included how to collect an impression of a footprint, dust for fingerprints and photograph evidence. The students also learned the anatomy of blood found at a scene, emergency first aid and defensive tactics.

Sgt. Mike Brady, a deputy with the Rowan County Sheriff’s Office, heads up the Explorers program. He said the camp took place because the Explorers wanted more training.

"The idea is to learn the same thing they would as police officers and see how it works," he said.

The Explorers receive routine training once a month, but the camp was more in-depth and let them work with Explorers from other departments.

The deputies, acting as instructors, offered various activities to "give them as much insight as possible," Brady said.

Since he can remember, Ryan Barkley has wanted to be in law enforcement. Barkley, 17, joined the Explorers program with the Rowan County Sheriff’s Office as a way to learn just a bit more. He’s been with the unit for four years.

He hopes to someday work for the Sheriff’s Office.

Barkley is a captain like his father, Capt. Rick Barkley of the Salisbury Fire Department. As captain, the younger Barkley handles many of the administrative duties for his unit.

While many of the Explorers have their sights set on law enforcement careers, 17-year-old Torie Lucas has wanted to be an attorney.

An Explorer for five years, Lucas said she joined to learn the other side of criminal justice, "to see what they go through."

But Lucas said with all that she learned during the camp, she’s seriously considering pursuing a law enforcement career.

Trevor Monroe, 17, has been a member of the Explorers program for four years. He also works with the Salisbury Police Department’s Explorers unit. Monroe is a lieutenant with the Explorers.

He joined to gain experience and understanding of the training it takes to be a law enforcement officer, he said.

Highlights of the week’s activities for Monroe included getting to handcuff his fellow cadets and learning about defensive tactics.

Clint Carpenter, 17, is a captain with the Mooresville Police Explorers.

His unit, like many surrounding Explorers Posts, assists at town events, operating as another set of eyes.

Carpenter has been a part of the group for three and a half years.

Joining was "probably one of the best things I’ve done," he said.

He’s also helped recruit others to join. Carpenter aspires to be a narcotics officer and hopes to start with the Mooresville Police Department and in the future work for the State Bureau of Investigation or the FBI.

"I know they’re guys trying to do a service for the community," he said.

Holm also wants to someday work for the FBI. He’s been with the Mooresville Police Explorers for three and a half years.

Eric Irvin, 16, has been with the Explorers slightly more than a year.

Irvin doesn’t have any family in law enforcement, but he wants to pursue a career as a highway patrolman. He said he chose the highway patrol because of getting to work with a larger jurisdiction and just being able to "help out the community."

The food the campers ate each day was donated by local restaurants. The camp was free to participants. 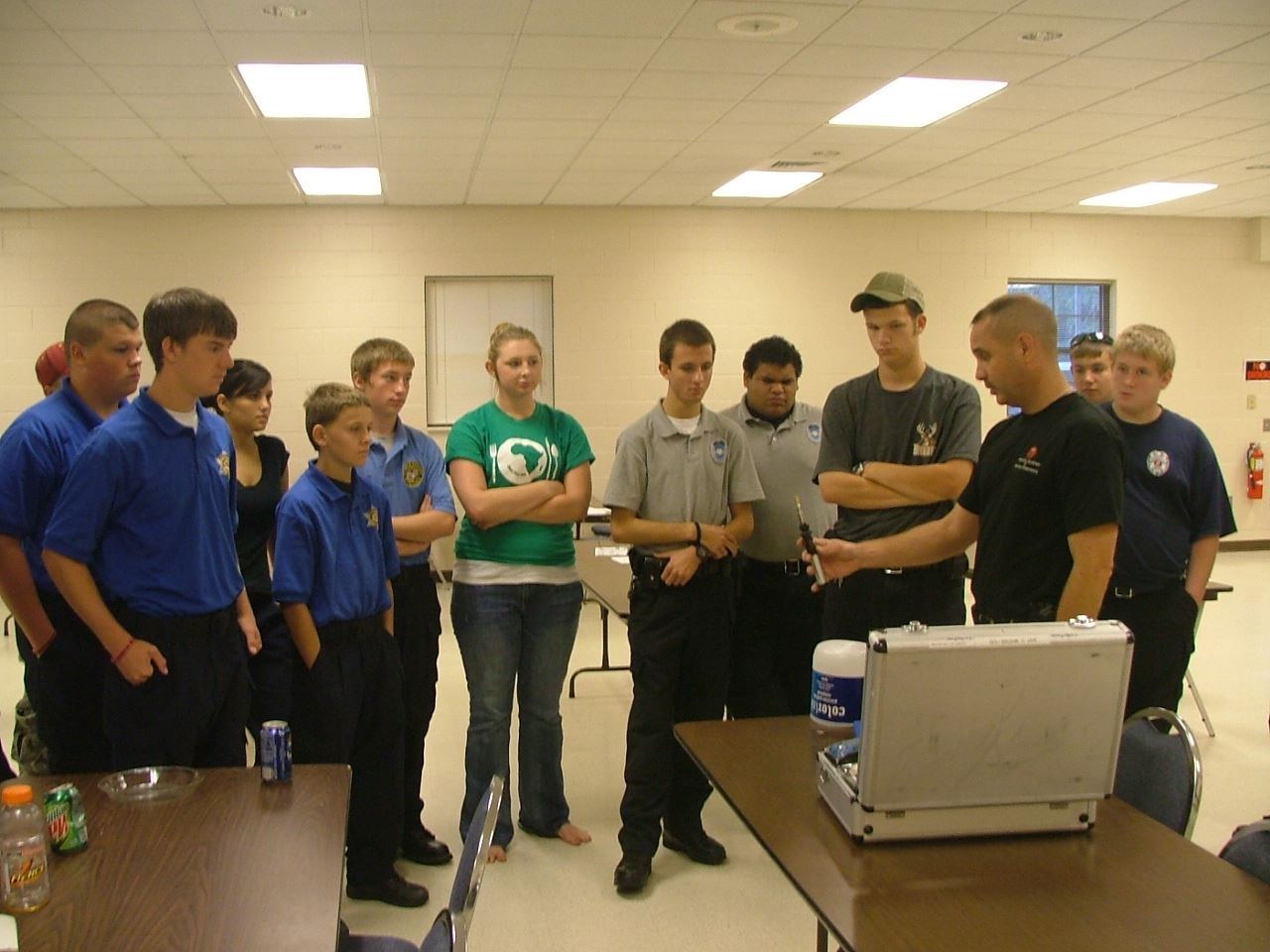