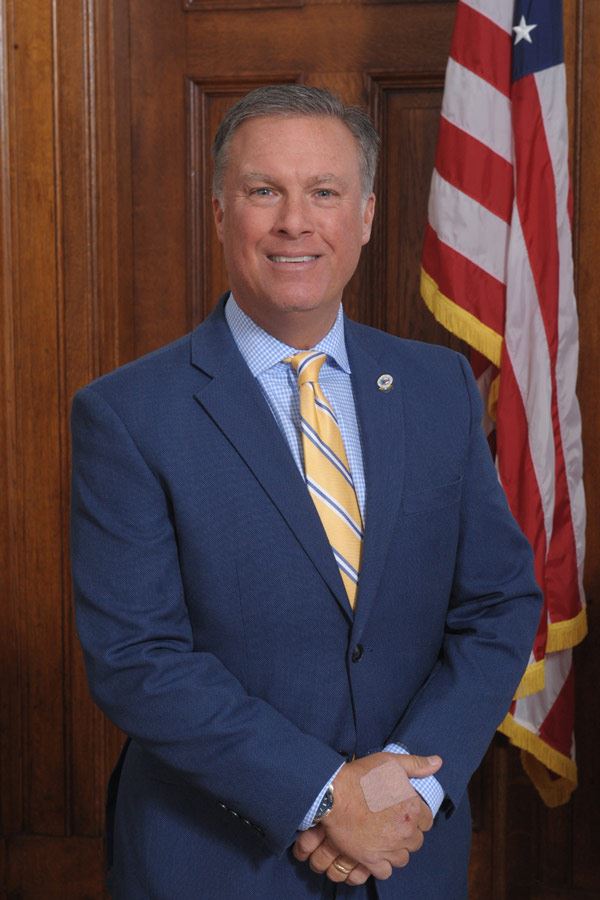 Greg began his career with State Farm Insurance in the early 80’s as a college intern. After college, he went to work for them full-time in their Regional Office in Winter Haven, Florida. In 1995 he moved to Salisbury to open his own State Farm agency. Greg has received numerous awards from State Farm, including being a multiple recipient of their highest honor, the “President’s Club,” awarded to only the top 50 agents out of over 17,000 nationally.

However, the best part of his life, he will tell you, is his family. He and his wife, Kim, have been married for 26 years. They have three children. Their oldest daughter, Taylor, works for State Farm Insurance in Charlotte. Their second daughter, Lauren, is a pre-med student at Liberty University in Lynchburg, Virginia. Their son, Brandon, is studying mechanical engineering at UNC Charlotte.

Greg was successful in his first run for public office, being elected to the Rowan County Commission in November of 2014. Then he was honored by this fellow commissioners to be elected as board chairman.

He is an avid racquetball player and is currently pursuing his private pilot’s license at the Rowan County Airport.